In our museum there are various brands from Europe and America. The traditional Dutch Daf’s got their own special place, though.

The oldest car, for example, is a Citroën Trèfle from 1923. Of course the first car to be built in mass production, de T-Ford, is not missing either.

But you can also admire a Rolls Royce Phantom III, for example. The last Rolls Royce that came out before the second world war and has an astonishing 7,3 litre V12 engine.

The little Fiat 500 or a Trabant from the former DDR almost fit under its imposing bonnet. 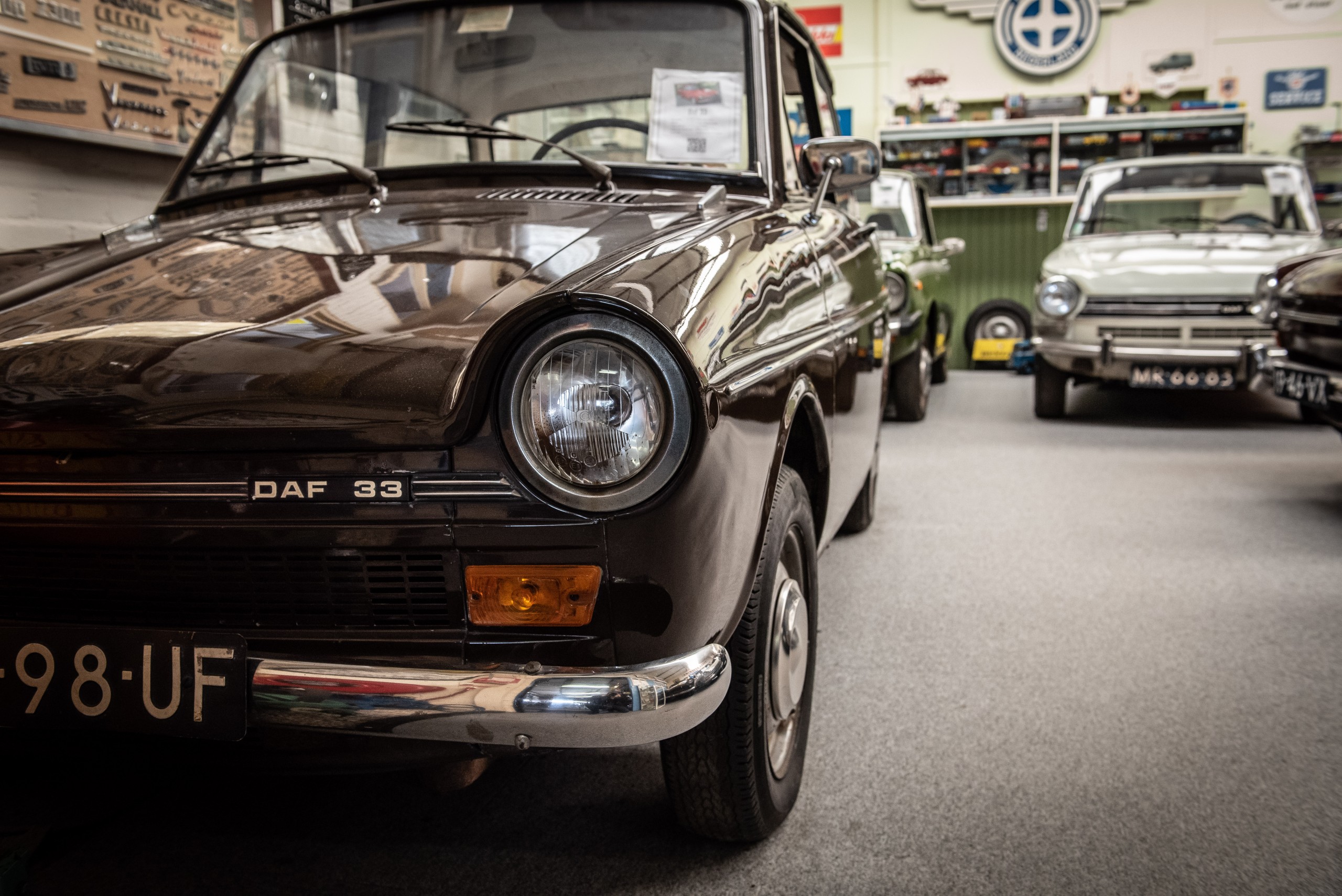 “If you like cars and engines, this museum is a nice place you should definitely visit. No entrance fee! It operates only on volunteers who are putting their heart and soul into it. You'll be amazed!"

The collection is regularly supplemented with exceptional cars from people of the region who temporarily put their car at the disposal of the museum.

In may 2013 a special NSU room has been opened: cars, engines, mopeds etc. of this brand can be admired there.

Car museum is affiliated with